Individual freedom and liberty guided the Founding Fathers during the Constitutional Convention in 1787.  Even then, they knew that in any government administered by some citizens over other citizens, groups adverse to the rights of other groups—factions (special interest groups)— would learn to exploit its imperfections.

The Second Bill of Rights and the New Federalist Papers

The Second Bill of Rights and the New Federalist Papers scrub the hull clean, add navigational aids, and allow the basic ship to sail free again.  The Second Bill of Rights suggests eleven (11) concise amendments to the United States Constitution to achieve this result.  Fifty (50) brief essays make up The New Federalist Papers—thought provoking commentaries that explain the suggested amendments and place them in historical context.  Each is contributed anonymously, as James Madison, John Jay, and Alexander Hamilton contributed to the original Federalist Papers.

Reading these essays and proposed amendments will repay the effort.

Get The Second Bill of Rights

The Second Bill of Rights and The New Federalist Papers is a non-partisan package of eleven amendments to the United States Constitution, accompanied by fifty brief essays, all aimed at re-energizing three core principles named by the Founders—limited government, individual freedom, and liberty.  As in 1787, these principles are essential in overcoming factional politics in any government administered by some citizens over others.  Each essay is contributed anonymously, as James Madison, John Jay, and Alexander Hamilton contributed to the original Federalist Papers.

Hamilton and Madison can STill help America in 2021!

The Road of Freedom: Our Constitution’s Commitment to Individuals s

Get The Road of Freedom

F.A. Hayek’s The Road to Serfdom was published 75 year ago. The Road of Freedom revisits the role of economic and political freedom in the United States. Much of what Hayek feared at the close of WWII seems closer. There is reason to wonder whether the political establishment has any idea what they are doing.

We seem to be watching some weird football game in Washington – played sideways across the field. Neither team has any interest in heading for a goal line – they would rather drive at the other team’s bench. The brawl has become tiresome, an unending fight about which grievance is worthy and which is not. It’s time to think carefully, for ourselves and for each other – as Americans. The Road of Freedom still sits right next to every American, if we will but read and follow the Constitution – with real respect and tolerance for each other.

Get The Second Bill of Rights Today! 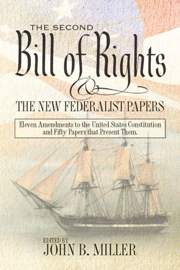 Get The Road of Freedom Today! 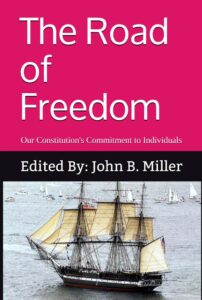